How do we affect the environment we live in, and how can we protect it for our future?” Second graders pondered this essential question as they studied the interconnectedness of animals, plants, and people. In their science classes, they studied animal environments and the impact humans have upon them.

Students learned that animals as simple as pillbugs are important decomposers, preferring certain soils and temperatures; and that pesticides in their own yards reduce the firefly population.

By collecting blue vine from around our campus, second graders were able to feed the monarch caterpillars they found in order to observe their life cycle and watch them change into beautiful butterflies. 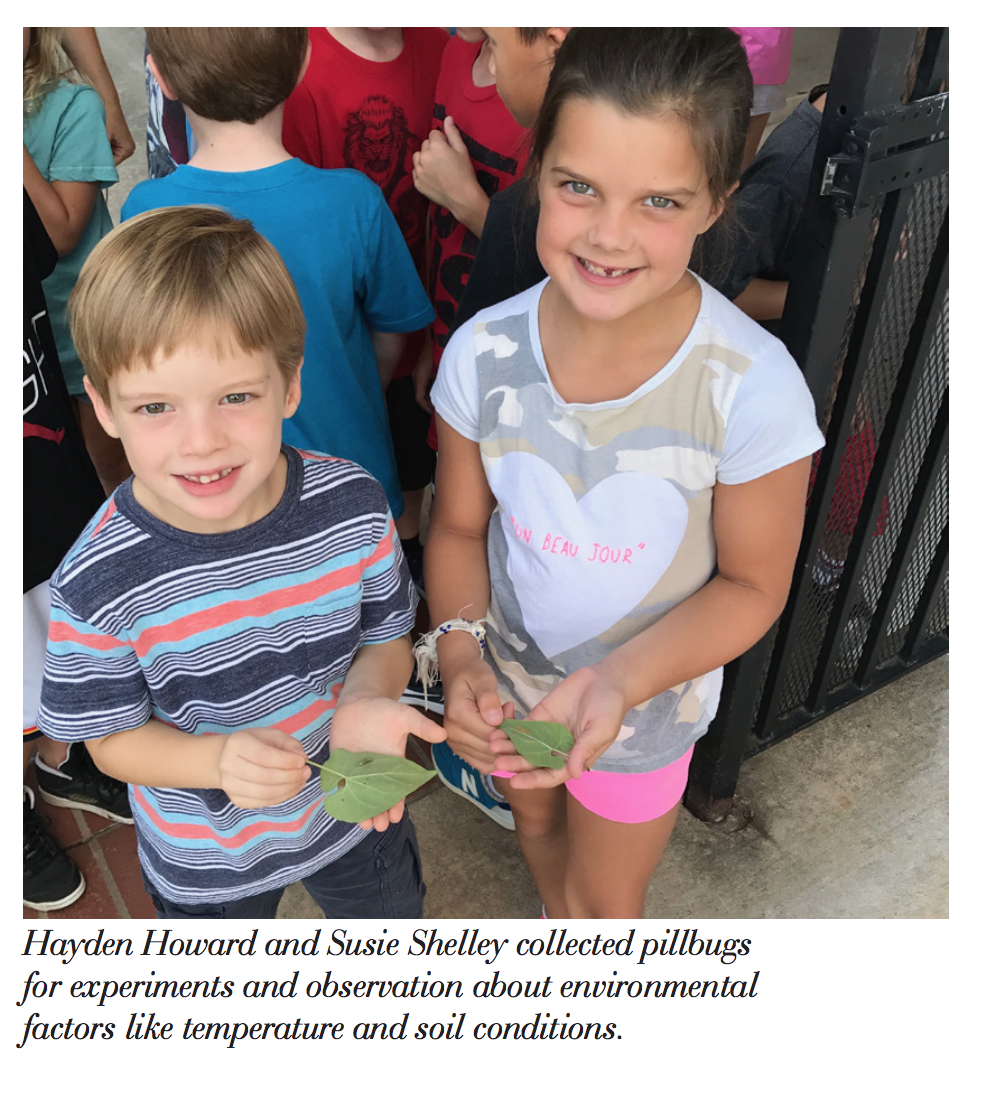 Many second graders were moved by the plight of monarchs’ habitat loss, and as a part of their CSL work, they decided to plant a pollinator-friendly garden to provide food sources for both caterpillars and butterflies. Pollution was a very tangible topic for second graders. Through experiments in science, they learned trash can lead to water, air, and land pollution. This pollution affects plants and animals as well as humans.

For example, if an animal eats a piece of trash, it could die, or that trash can damage plants by blocking sunlight. These studies led second graders to go on expeditions around the school to pick up trash. Children also experimented with sprouting seeds to see what effects water pollution caused.

Experiments with soda, juice, sparkling water and watercolor paint proved that plants are sensitive to water pollution. Second graders decided to take action to reduce the problem of pollution by using less stuff in order to create less trash. 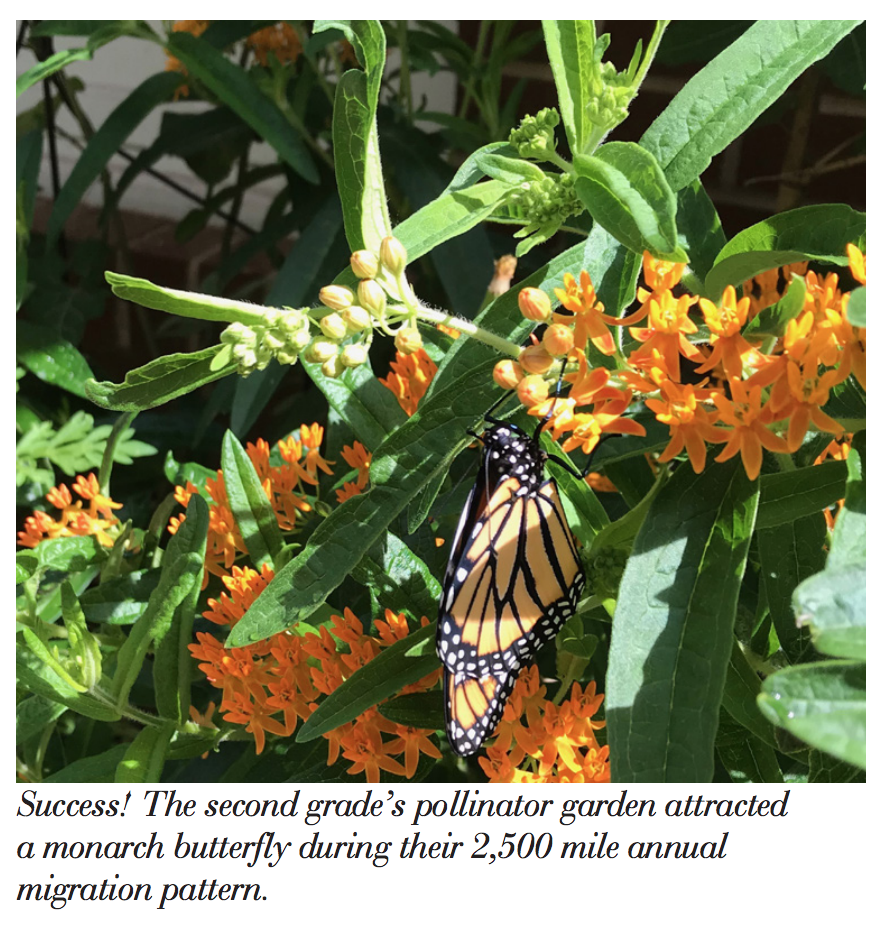 They agreed to reduce their own waste by utilizing both sides of a piece of paper, drinking from refillable water bottles instead of disposable cups, and using lunch containers that can be washed and reused.