From the Desk of Bob Vernon 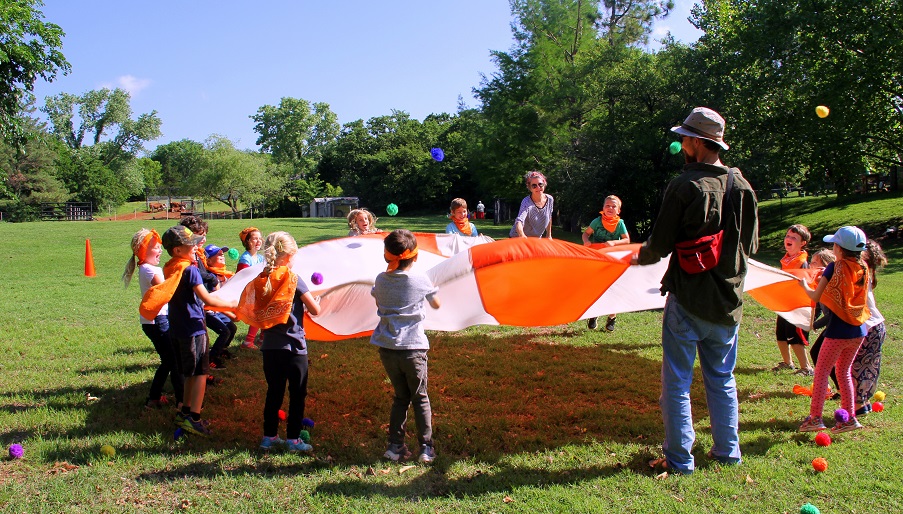 What's Behind the Teacher Shortage and How Will it Be Resolved?

I graduated in 1969 with a BA in history and an expectation of going to law school. Uncle Sam thought differently, so I tried to compromise by taking an alternative route of national service. I joined the Teacher Corps. Teacher Corps was a Great Society program, like Peace Corps and VISTA; it was a public version of today’s Teach for America, and even though I eventually got to spend some time as a clerk in the air force, I never thought about law school again. I got hooked on teaching.

Read More about What's Behind the Teacher Shortage and How Will it Be Resolved? 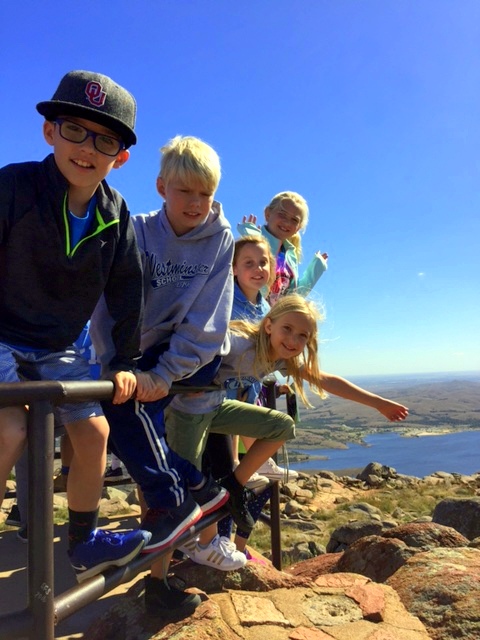 The Best Way for Kids to Avoid Toxic Stress? Develop a Growth Mindset

Imagine if scientists discovered a toxic substance that increased the risks of cancer, diabetes, and heart, lung and liver disease for millions of people….something that also increased a child’s risk for smoking, drug abuse, suicide, teen pregnancy, and depression….something that reduced the chances of a child succeeding in school and later performing well on a job…something comparable to the hazards for children presented by lead paint, tobacco smoke, and mercury. “We would do everything in our power to contain it and keep it away from children…right?” asks David Bornstein in a recent New York Times article. Well, there is such a thing, but it’s not a substance. It’s toxic stress.

Read More about The Best Way for Kids to Avoid Toxic Stress? Develop a Growth Mindset 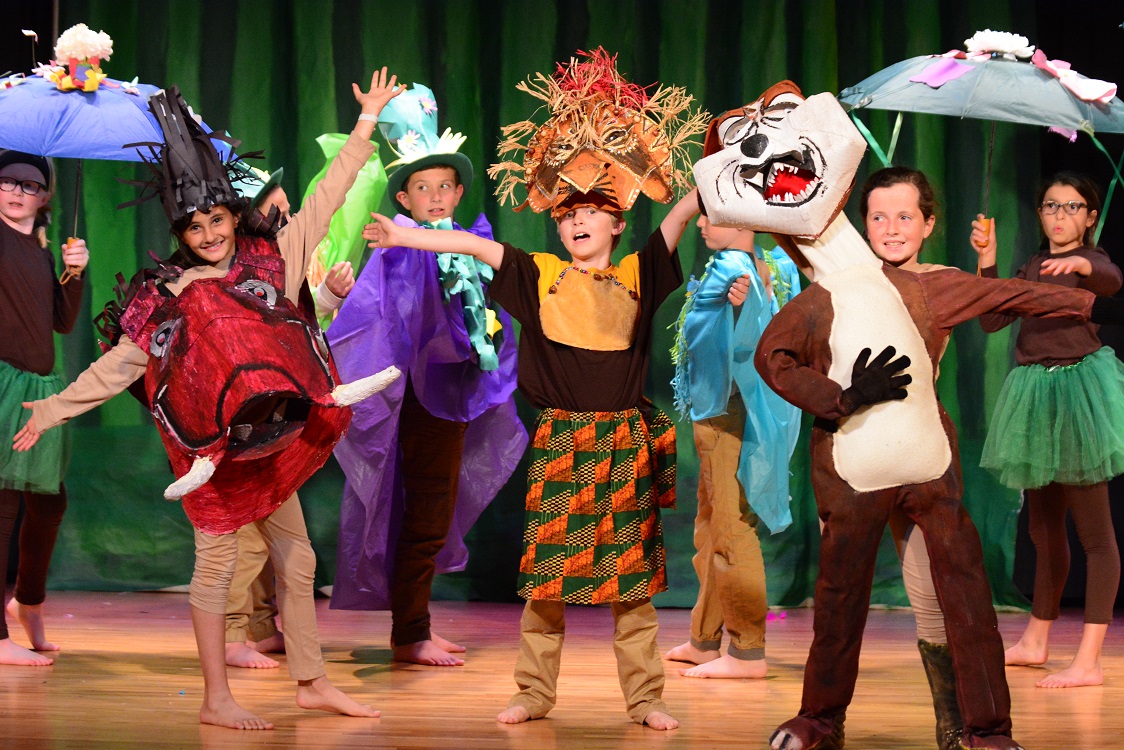 What Will it Take to Avoid the Paradox of Plenty? Teachers, Parents, and Students Working Together.

The Paradox of Plenty suggests that countries which are rich in natural resources cultivate their land instead of their people while countries poor in natural resources cultivate their people instead of their land. America has always been an exception. Cultivating both our natural and human resources, we dominated the world in the 20th century. Those days, however, appear to be fading, and our future success will depend more on developing our human resources than our natural ones.

Read More about What Will it Take to Avoid the Paradox of Plenty? Teachers, Parents, and Students Working Together. 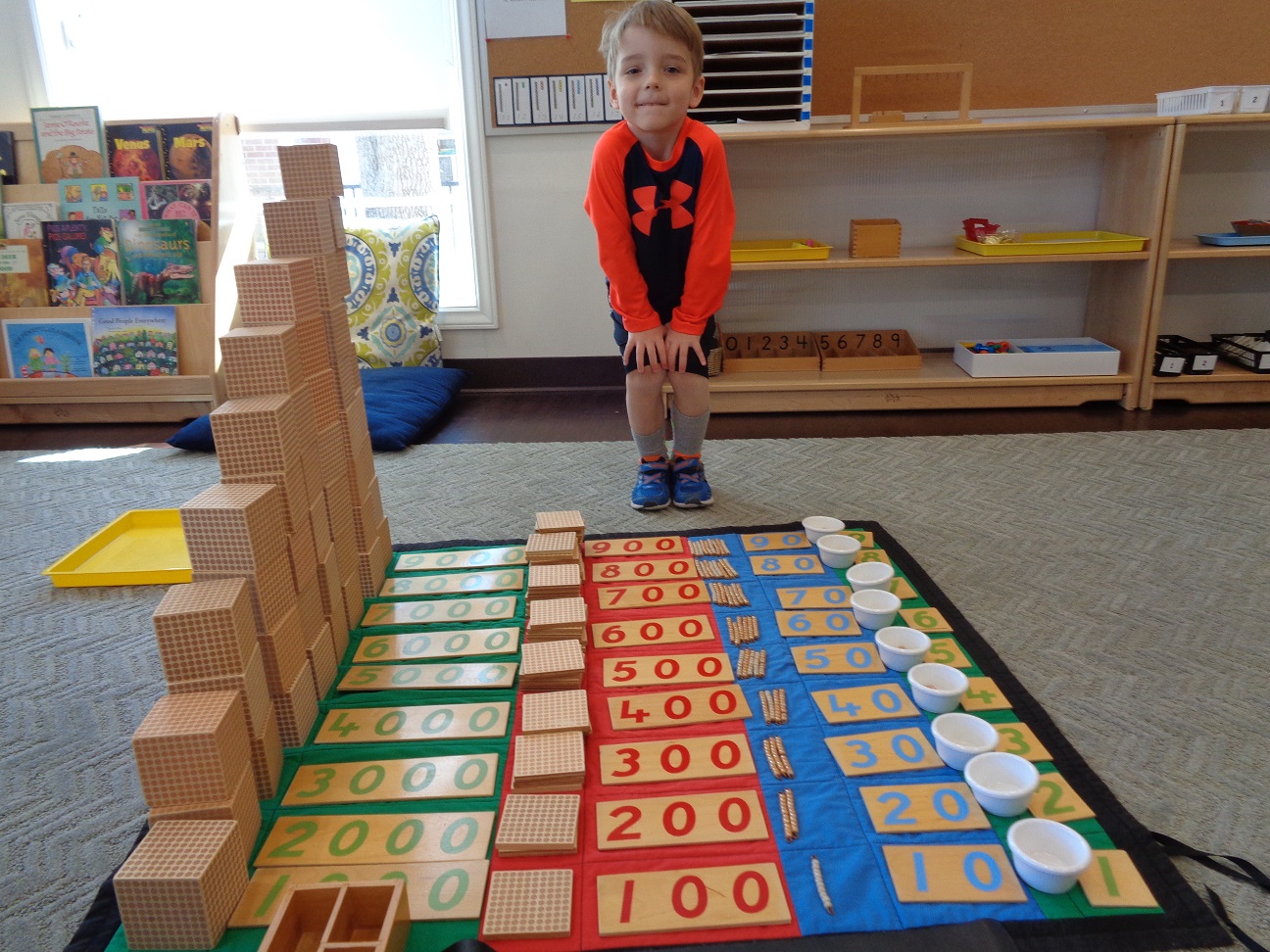 Connection is Key: Why We Emphasize the Importance of Engagement for Student Success

Steven Covey’s “Third Habit of Highly Effective People” is to put first things first. His point is that if we focus on the little stuff, we too often don’t have time to take care of the important stuff. I demonstrated Covey’s familiar “Big Rocks” story for the faculty when they returned to school in August. I wanted us to think, individually and collectively, about our big rocks, our core beliefs about teaching, education, and kids, and decide what we needed to put in our jars first.

Read More about Connection is Key: Why We Emphasize the Importance of Engagement for Student Success

On Tuesday, March 3, 2015, the weather experts unanimously assured Oklahoma City that ice would begin by 8:00 Wednesday morning followed by sleet and capped off with twelve hours of intermittent snow.  Though no precipitation had fallen by 6:00 a.m., the weather experts remained adamant so I called in that Westminster, like every other school in central Oklahoma, would be closed. 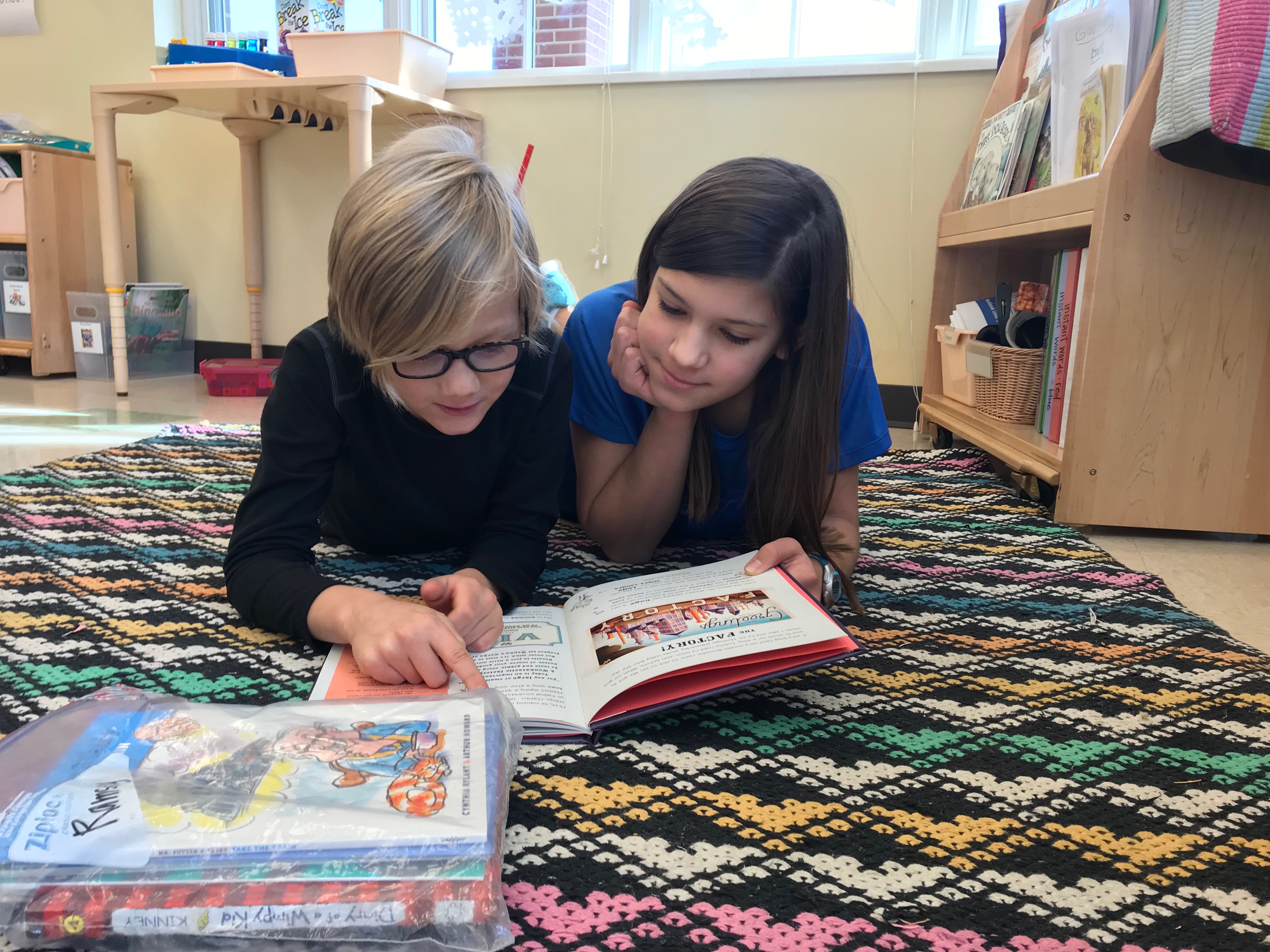 The overarching essential question for my eighth grade history class is this:  “is America the greatest country in the world?” It annoys some people that I even ask this question, but it very much gets to the essence of education at Westminster School. It asks kids to work hard to learn about something important, to work with each other to process what they’ve learned, and then to think deeply about the question, decide what they think for themselves, and be willing to stand up for what they believe. 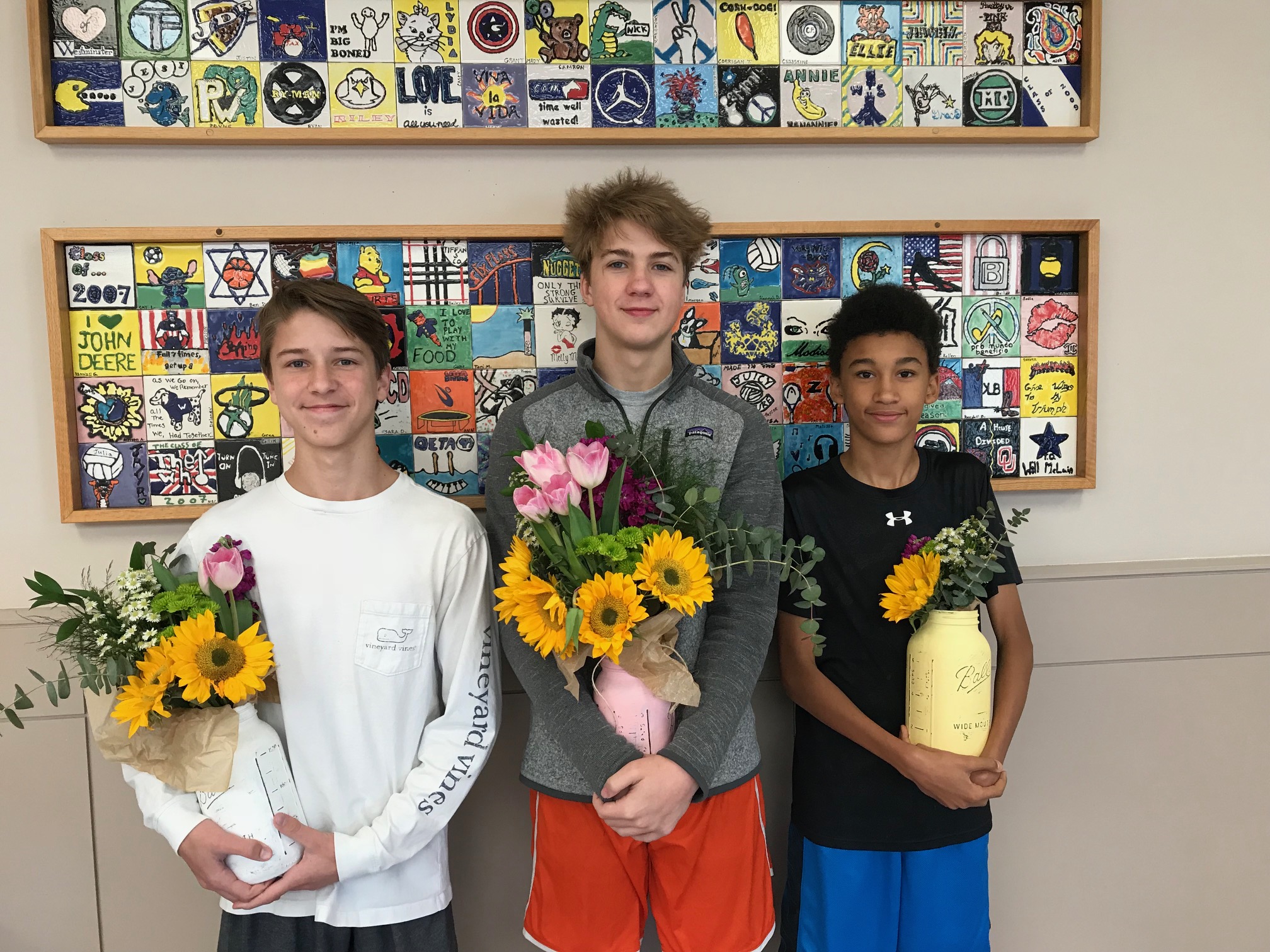 You and a stranger will receive some money from an unknown source, and you have to decide how much you will each get. If you know you will never see or meet the stranger, which option would you choose? 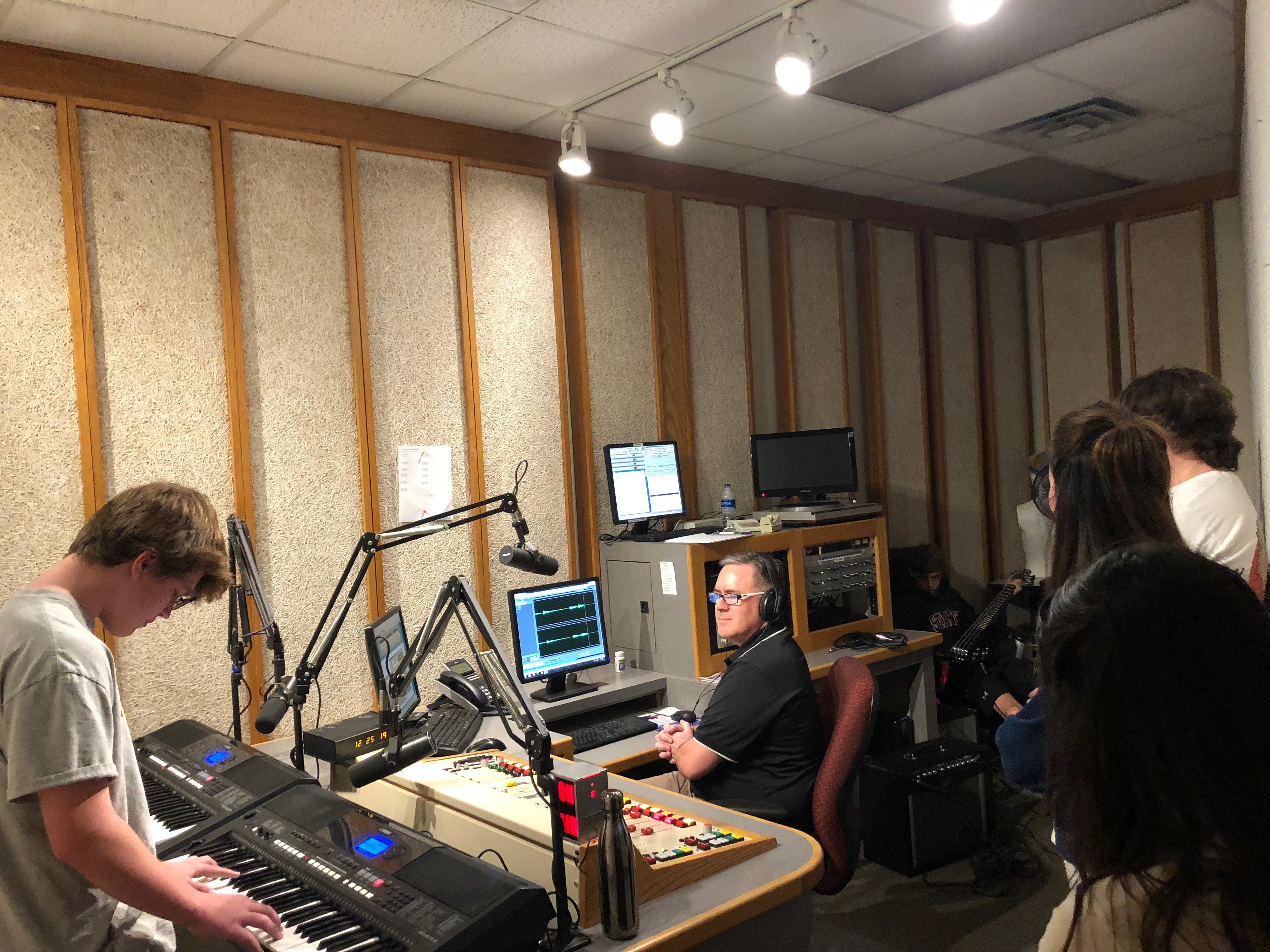 Walking the Line Between Stability and Change

"Life is like riding a bicycle. To keep your balance you must keep moving."  Albert Einstein

This column is about stability and change, necessary opposites that interact to complete the whole.  To create some context, last fall Westminster hosted a visit from our accrediting organization, Independent Schools Association of the Southwest (ISAS).  The ISAS Visiting Committee was on campus for three days, and its task was, at it stated in its final report, “to assess the quality of the mission, vision, goals, and program of Westminster.”  We had worked hard to prepare for the visit, and though nerve-wracking and time-consuming, we enjoyed the committee members and appreciated how seriously they took their work.  We were re-accredited for another ten years which is important, but what really matters are the insights and suggestions the Visiting Committee gave us.

Read More about Walking the Line Between Stability and Change 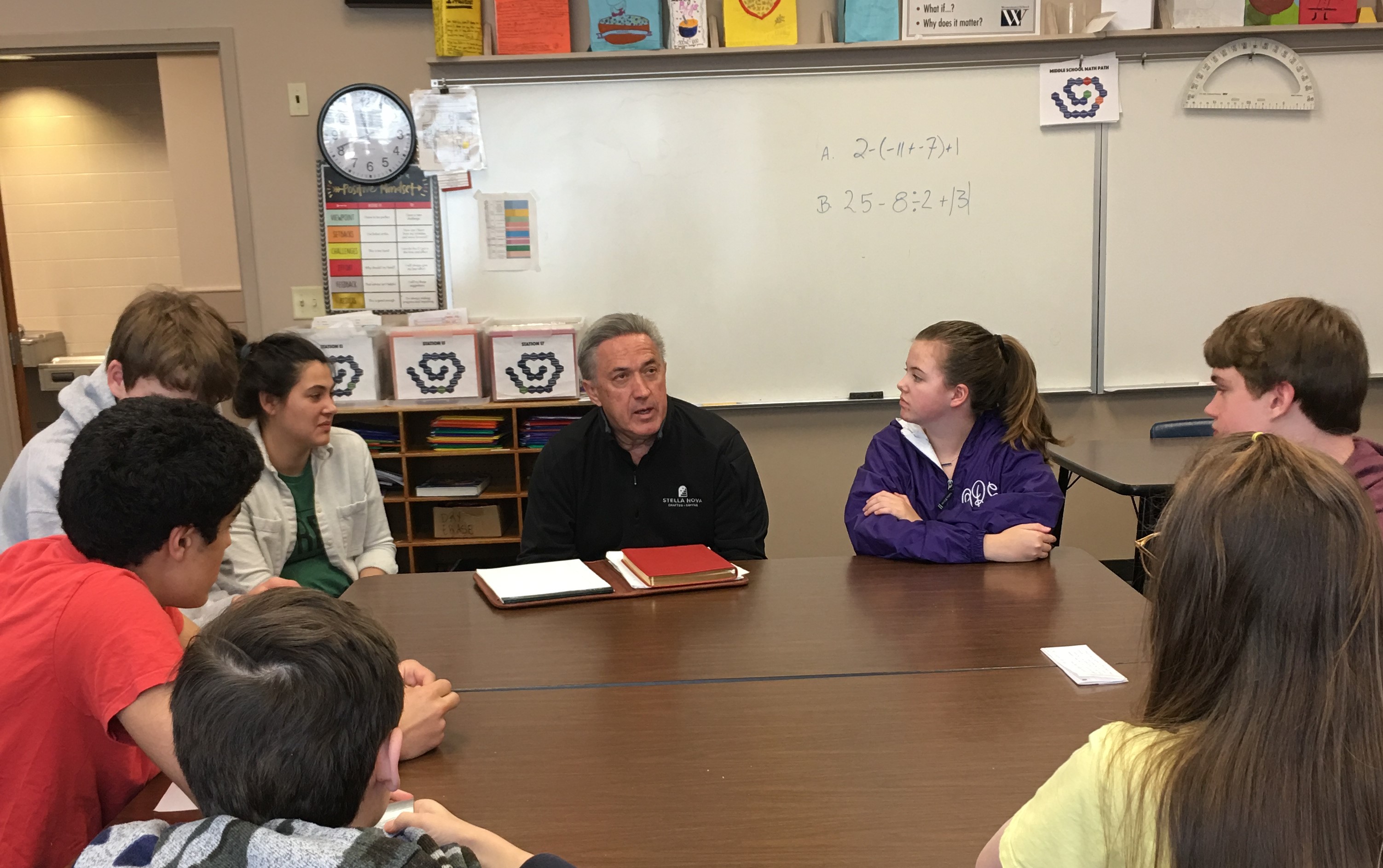 The Surprising Role that Self-Regulation Plays in a Successful Adolescence

Have you ever wondered how adolescents survive adolescence? It’s not just the big things—their casual and dangerous experimentation with drugs and sex or their ridiculous drinking games like Edward 40hands. It’s the little things as well, like shoplifting. They almost always have enough money to buy the product, but, as they would explain, “Since I don’t really want it, why would I pay for it?” To which we would respond in amazement, “Why would you steal something you don’t want?” That answer is actually pretty obvious.  It’s not the product; it’s the emotional rush they get from breaking the rules and impressing their friends. Some of you no doubt remember the dare-devil game from the movie, “The Program,” which teenagers across America seized upon two decades ago. In case you’ve forgotten, two teenagers, almost always boys and often as part of some initiation ritual, lie down on the center line of a two lane highway in the dead of night until a car whizzes by. What could go wrong with that?  And then there is social media, which only exacerbates the dangers inherent in drinking, driving, and stealing, not to mention sexting and bullying. Is it really any surprise that the leading cause of death among adolescents is unintentional injuries? 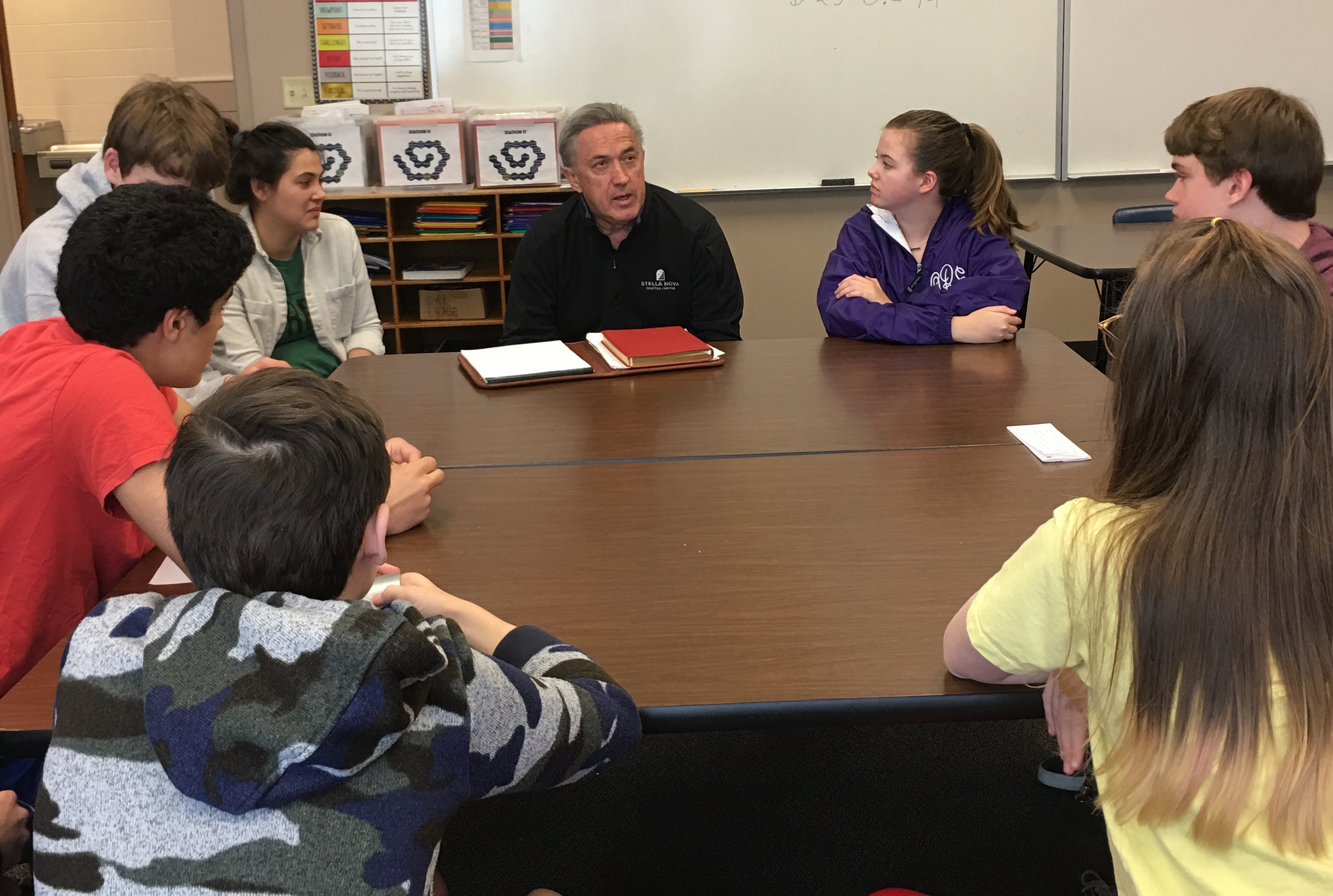 Imagine if scientists discovered a toxic substance that increased the risks of cancer, diabetes, and heart, lung and liver disease for millions of people….something that also increased a child’s risk for smoking, drug abuse, suicide, teen pregnancy, and depression….something that reduced the chances of a child succeeding in school and later performing well on a job…something comparable to the hazards for children presented by lead paint, tobacco smoke, and mercury. “We would do everything in our power to contain it and keep it away from children…right?” asks David Bornstein in a recent New York Times article.  Well, there is such a thing, but it’s not a substance. It’s toxic stress.

Read More about Three Factors That Help Mold Stress-Resistant and Successful Kids
Are Students Prepared for Life Outside of the Classroom?

Jim Collins writes in his best seller, Good To Great, that for organizations to become great, they have to:

So what are the brutal facts about America’s schools?

Read More about Are Students Prepared for Life Outside of the Classroom? 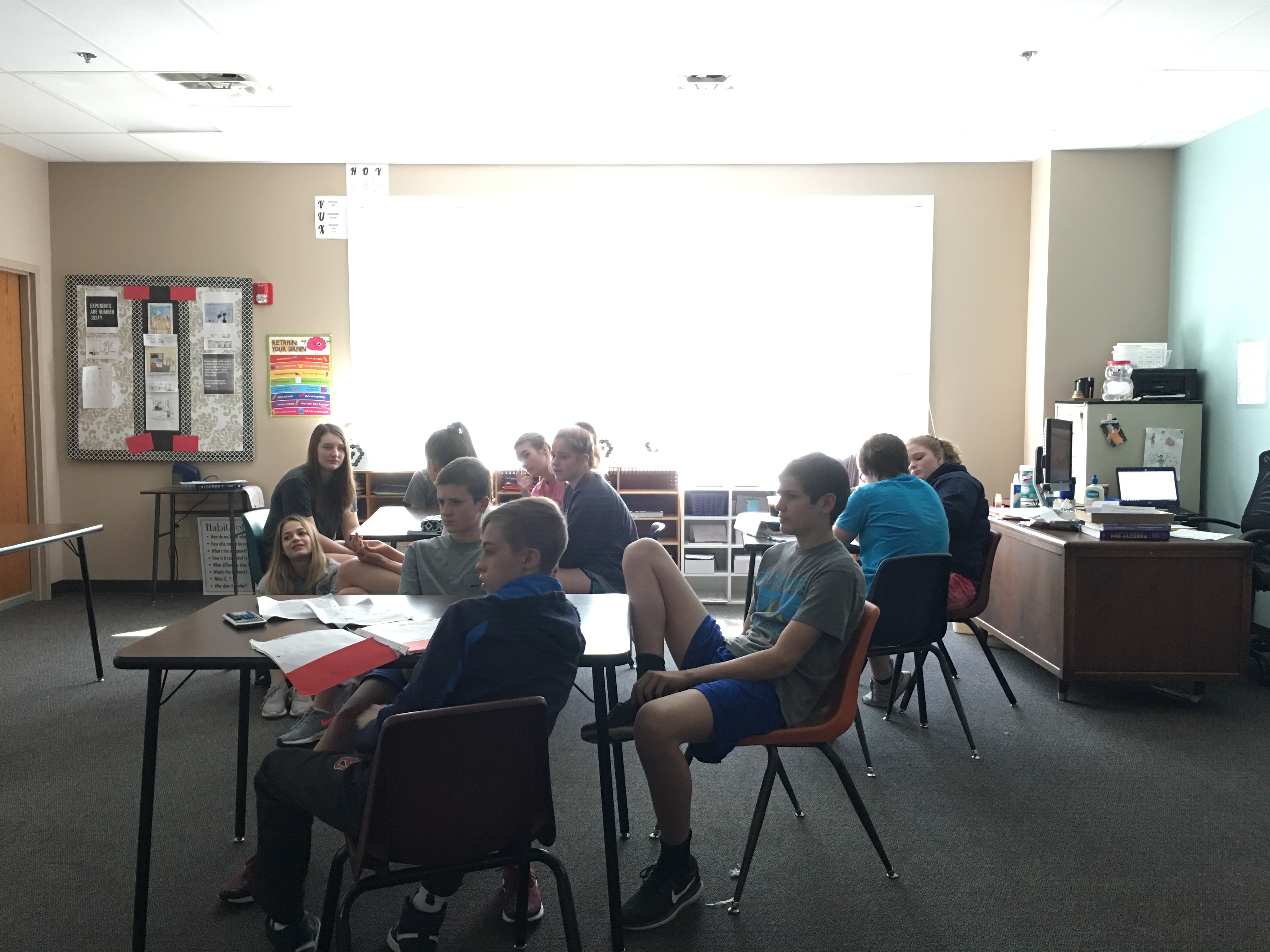 Westminster: Pioneering a Culture of Connection, Challenge, Control and Commitment

The ISAS Visiting Committee’s first recommendation after its ten year reaccreditation visit to Westminster last year was this:  “Westminster enjoys an enviable stability and has captured a unique position in the local educational market.  As an institution, the School exudes a level of confidence about its core values and the way in which they drive instructional programs.  At this moment in its history, Westminster is uniquely positioned as an institution to take some risks, embark on new initiatives, and move in bold directions.  We were surprised to discover that, despite the School's encouragement of students to take risks and embrace failure, the institution seems reluctant to exhibit this same quality.  The visiting team strongly encourages Westminster to be a pioneer for the local, regional, and national independent school community.”

Read More about Westminster: Pioneering a Culture of Connection, Challenge, Control and Commitment 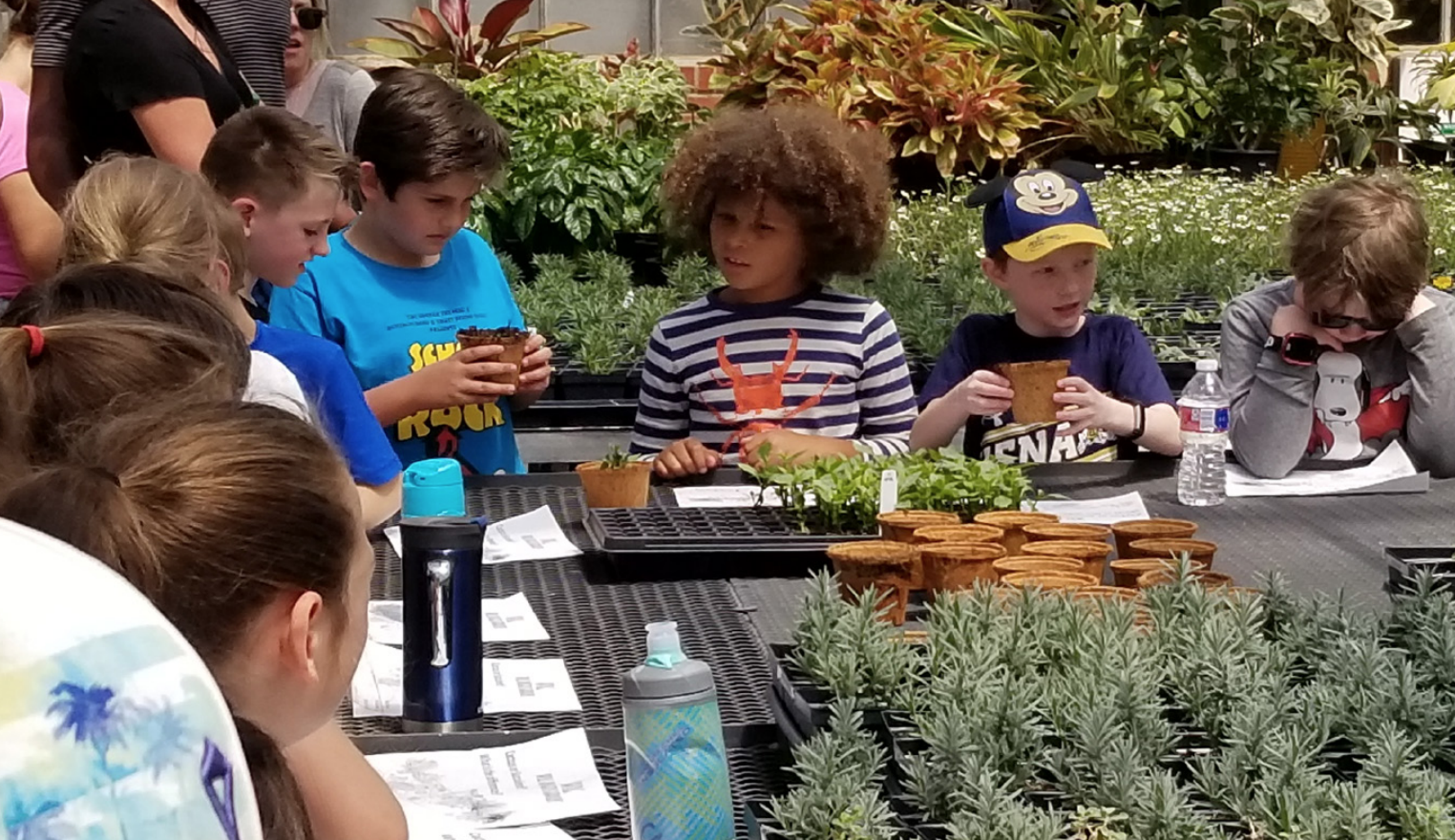 Those of you who know me know that I am not a fashion guru, so I was quite surprised last month when an eighth grader commented that she liked my shirt.  At first I thought she was joking.  I was wearing a madras shirt, but then it dawned on me that madras shorts seemed to be popular so maybe madras shirts were as well.  My shirt was probably twenty years old, and I suspect that some of you are not old enough to remember the OSCC—Old School Clothing Company—or for that matter, its parent company, Harolds, where I bought it.  I was reminded of this incident when I saw this headline recently in the morning paper—“Back to the Eighties”—which went on to explain that “oversized jackets, track pants, and Oxfords now set the pace.”  Who knew?  But what it really reminded me is that in education, like fashion, there is very little that is truly new. 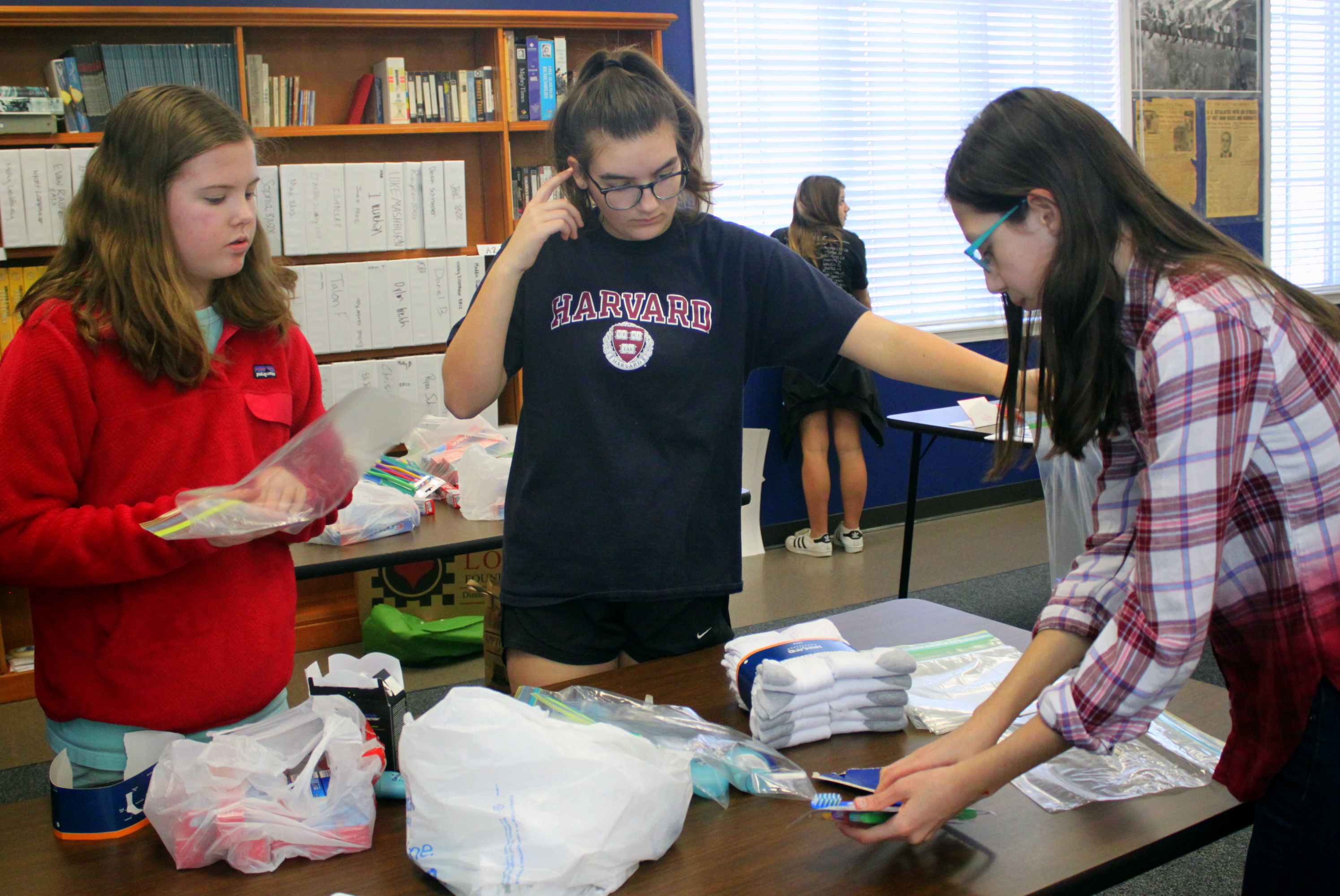 Westminster School was founded fifty years ago as an alternative Montessori preschool and has gradually and purposefully evolved through the years.  The Lower School grew one grade at a time between 1970 and 1975.  The Middle School began in 1978 with sixth and seventh graders and graduated its first eighth grade class in 1980.  Thirty-three more have followed, and the School now has over 1700 alums world-wide.  From its beginning in 1963 with ten students and four teachers, the School has grown to over 550 students with a faculty and staff of 90, but it has never lost sight of its purpose—to teach kids to think well, work hard, and work well together.

Read More about 50 Years and Counting
Powered by Finalsite